Lewis Waugh
Lewis Waugh
"....Only music can give an abstract expression of life in contrast to other arts which must construct models and symbolise. Music solves the problem only by remaining itself: for music is life ......"
The experiences evoked by particularly powerful pieces of music can be physical, often overpoweringly emotional, sometimes at an unconscious level. There are times when I hear music and experience colour, shape and form and there are times when I see visual imagery and hear music. In the 1990s the music of Arvo Pärt and James MacMillan started a series of works. The writings of Emma Wilby gave detailed background context and added to my sense of MacMillan's piece 'The Confession of Isobel Gowdie' (see Restricted Code page). 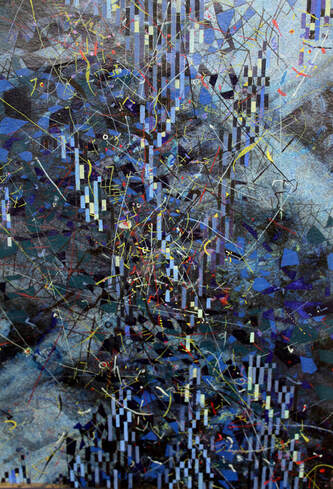 Both of these images come from a sad but favourite walk along the Suishnish Peninsula on southern Skye. Boreraig is a 'cleared village'. The MacInnes clan were driven from their homes in the 1850's and the incident was recorded by a young geologist (latterly Sir Archibauld Geikie). It was said of Geikie that he 'weilded the pen with no less facility than the hammer'. Geikie incorporated  the incident within his geological survey notes of the area. He observed  that the pitiful wailing of the children and the women was as the sound of a funereal coronach. Historians have noted that the smallness of Scotland's population and the continual proximity of the very different classes and lifestyles, one to one another, has forged a certain humanitarian characteristic of the nation. I'll not argue with that.
It is my hope - perhaps a rather fanciful one - that a fiddler could put notes and music to to the two 'song sheets' above. 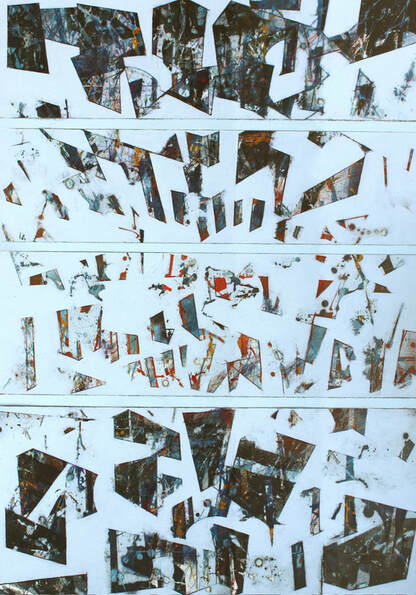 'Hallaig' 45 x 62cm.
​ after Martyn Bennett's music based on the work of Somhairle MacGill-eainn.
Lockdown seriously curtailed journeys to the Highlands. Below are the beginnings, notes and sketches towards finding a more eloquent visual language which might best articulate the music of the North. Reading my own notes it occurred to me that the poets and composers who have been such an influence on my work are almost exclusively from northern Europe, the Celtic / Nordic world and the further reaches of the Baltic. 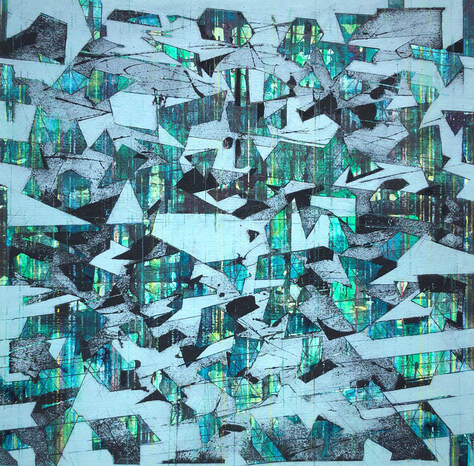